Advertising 101: Your guide to better advertising

Your advertising dollars are precious. A big campaign can cost millions and needs results. A small campaign might represent a large share of a small organization’s marketing budget.

This is your guide to helping you spend that money well : Advertising 101.

How much do ads cost?

It’s not unusual for full page ads in the New York Times to cost hundreds of thousands of dollars. An ad in your suburban newspaper might only cost $50. Your “media buy” (where you buy advertising space) is likely to cost more (often a lot more) than the cost of producing the ad. A 30 second TVC may cost $10,000 to produce, but a hundred times that to get a decent run on the television. What advertising costs.

How can I cut the cost of my advertising?

There are a few ways to do this. Consider finding a pro bono creative to work with. If you’re a non-profit find out if any television networks offer free advertising spots. A “media buyer” will find you the best placement and price. Sometimes media companies have space that they haven’t sold which you can book at a healthy discount. This is known as “remnant advertising”.

When you are thinking about advertising you need to have a single idea. Most ads try to say too much, especially TVCs (television commercials). The problem with too many ideas is that it’s difficult for the audience to remember them. The chances are they will forget the ad and you’ve wasted your money. This is known as the “single-minded proposition”.

How do I tell the advertising agency what I want?

Poor advertising is often the result of a brief that isn’t clear, or no brief at all. This could be the fault of the client, the agency or both. As a client you shouldn’t necessarily expect the agency you’re working with has a good briefing process. The most important thing your brief needs is a clear objective. What do you want the ad to do? Your brief should be written and to the point. How to brief your advertising agency (or internal department).

What type of ad should I make?

The type of ad depends on a few things like your message, your audience, what you want the viewer to do, and your budget. You could make a funny ad, a shocking ad, an informative ad. Audiences can become used to your advertising and begin to filter it out. You will need to mix up your advertising.

What’s an example of an ad that doesn’t work?

More than 10,000 people in America die every year from gun violence. In an attempt to change gun laws The States United to Prevent Gun Violence ran a PSA arguing gun laws were out date. The real problem with guns is the pain and suffering they cause. It’s almost always better to appeal to emotion over rational thought.

How a gun safety ad should be made.

What’s an example of a great ad?

There are too many to list. One example is in my article on an having a single idea. Our team members will be happy to explore ideas and examples of great advertising and other communications.

The Story of AdMob: How One MBA Dropout Sold His Business to Google for $750 million

Five Reasons Why You Must Advertise

Advertising 101: Your guide to better advertising

The Cost of Advertising Nationally Broken Down by Medium 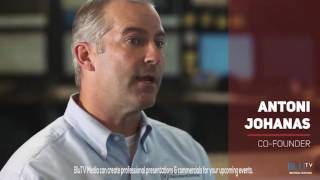 Why you need to mix up your advertising campaign